For almost 140 years, those same whalers and their ancestors had boarded chase boats and harpooned whales, towing them back to a whaling station to render oil from the blubber.

Whaling was New Zealand’s first commercial industry and was big business in Marlborough, both in the northern Marlborough Sounds and Te Whanganui/Port Underwood. The first whaling station, Te Awaiti on Arapaoa Island, was established by Australian ex-convict John (Jacky) Guard in the 1820s. Guard was one of the first Europeans to settle in the South Island. His wife, Betty, was the first female settler here, and their first two children, a boy and girl, the first of each gender to be born here. The Guards also established the first whaling station in Te Whanganui/Port Underwood.

Local Māori were drawn to work in the industry, and eventually nearly half all shore-based whalers were Māori. Shore-based whalers also depended on Māori for food. Traditionally, Māori had a long association with whales, which feature in many stories, carvings and place names. While it is unclear if early Māori hunted whales, they prized the remains of stranded whales as a source of meat and teeth and bones for ornaments and utensils.

European shore-based whalers initially hunted using rowboats and hand-held lances and harpoons. Harpoons with exploding heads were introduced in the 1920s. An Italian family living in Picton, the Peranos, first used motor launches in 1911 and established three whaling stations on Arapaoa Island that operated until whaling ended in 1964.

The industry peaked in 1960, when 226 humpback whales were caught in one season. By 1962, humpback numbers were so low the Peranos tried hunting orca for oil, but this proved uneconomical. Falling prices for sperm whale oil and competition from foreign fleets ended the industry in the Marlborough Sounds.

Many descendants of the first whalers remain in the Sounds today, including the Nortons, Jacksons, Toms, Peranos, Keenans, Loves and Heberleys. 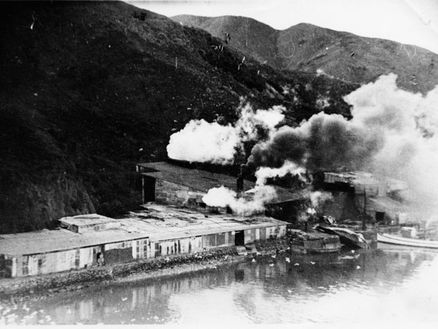 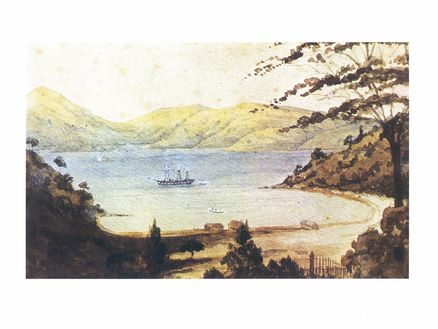