Like Ward to the south, Seddon emerged as the result of an act that allowed the Crown to break up large pastoral estates and create smaller holdings for New Zealand’s growing population.

In 1899, the 14,000ha Starborough Estate, which encompassed the land Seddon is now on, was divided up into 260ha holdings.

The railway from Picton reached Seddon in 1902, spurred on by the opening of the Picton Freezing Works in 1900.

World War 1 slowed railway construction southwards from Seddon, and work did not resume until 1928.

The 325m Awatere Bridge was completed in 1901. The railway line travelled over the top deck of the bridge, with the road below. It lasted for 105 years; in 2007 a modern road bridge was built beside it, but the railway line remains on top of the original bridge.

Today much of Seddon’s farmland has been transformed into vineyards and there are a number of wineries close by. This includes the Awatere River Wine Company, which planted the first grapes in the Awatere Valley in the 1980s, and the enormous Yealands Estate, recognised as the world’s most sustainable winery. 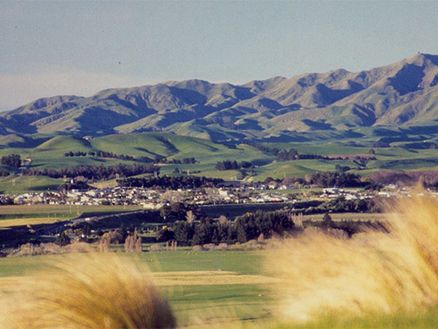