The place where the Rai River pours into Te Hoiere/Pelorus River is called Titi Raukawa: Where the two waters meet.

This is where local iwi Ngāti Kuia's oldest tūpuna (ancestor) Matua Hotere tied up his waka after a long journey from Hawaiki, across Raukawa/Cook Strait and up Te Hoiere/Pelorus Sound. Here, the grandson of the great voyager Kupe surveyed his new discovery. The river was named ‘Te Hoiere’ after his waka. Until Europeans arrived, many temporary Māori settlements existed along the river. The area was a rich food source that led to what is now the Maungatapu Track, where Matua Hautere discovered pakohe or argillite, a strong black rock common in the Richmond Range mineral belt that would become a valuable material for adzes, tools and as a trading commodity.

In 1839, Colonel William Wakefield arrived, searching for settlement sites for the New Zealand Company. Nobody settled at Te Hoiere, but from 1850 to 1860 the land was progressively sold around the people of Ngāti Kuia.

In 1894 sawmillers moved in, the biggest of which was Brownlees who established 80km of tramway through the bush and cut 189 million feet of timber in 50 years. The patch of virgin forest that remains today is thanks to the foresight of surveyor-general Marchant, who commented to the Commissioner of Crown Lands in Te Waiharakeke/Blenheim on the area’s beauty.

On October 13, 1912, Governor-General Lord Islington proclaimed the popular picnic and swimming spot a scenic reserve and people began camping there from the 1920s. The first of four Te Hoiere/Pelorus River bridges was opened in 1860 for pedestrians in stock, and the current bridge in 1952.

Today, Te Hoiere/Pelorus Bridge Scenic Reserve has a popular Department of Conservation campsite, shop, cafe, walking tracks and swimming holes. The area is home to one of the last remaining populations of long-tailed bats in Marlborough, and an extensive pest trapping programme is in place to help protect them. 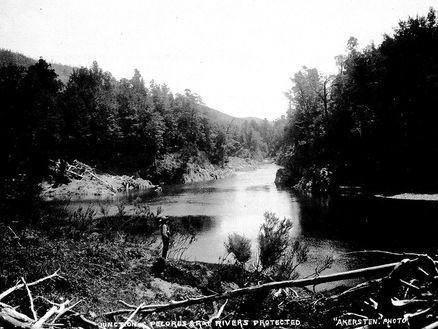 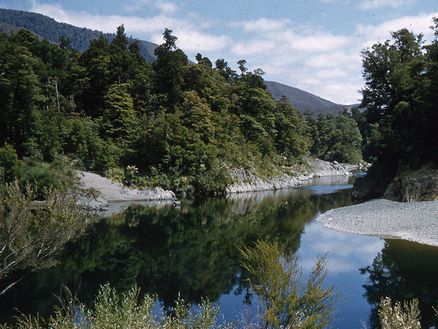 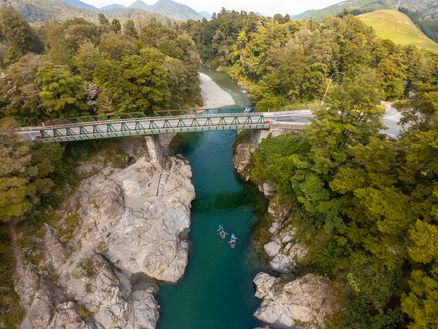