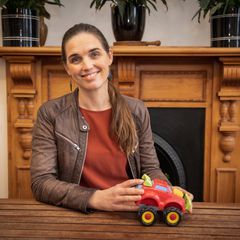 "We absolutely wouldn’t be able to see this project through without all the generosity of local businesses, families and community groups." 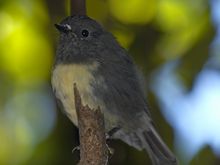 Mum of three and sales manager of Tupari Wines Olivia Doonan has been part of a team working exhaustively on getting a much-needed child care hub in Seddon for years. Despite setbacks due to multiple earthquakes and the Covid-19 lockdown, nothing has shaken their resolve to see this community dream become a reality.

As a community, it feels as though we have been fundraising for facilities for our children forever.
We had a really strong Plunket service and our Playcentre is the oldest in Marlborough - it opened in 1959.
But there was also a need for an Early Learning Childhood Centre, so working parents could drop their kids off locally, rather than having to drive through to Blenheim.
After raising $200,000 the community pened the centre in 2013. Six months later the Seddon earthquakes damaged the building, and we had to fundraise again to get it fixed.
The 2016 Kaikoura earthquake damaged all the old buildings we were using as facilities for our children and parent groups.
The Plunket building has since been demolished, the old school teacher’s house where the Playcentre is housed has been severely damaged and the Early Learning Childhood Centre is now based in the old Anglican Diocese church, so the Awatere Combined Church so the Awatere Combined Church is currently sharing space with the Catholic church.
It’s about time all these groups had their own venues again, and after rigorous community consultation we have decided on a plan for the Awatere Early Childhood Education Hub, which will be a new centre for the Playcentre, Plunket and the Early Learning Childhood Centre situated right next to the school.
We are pretty much shovel ready, the total project is approximately $2 million, with a large proportion of that coming from the Lotteries Earthquake Recovery Fund. A key success measure for this project is community participation, so about a third of the funds must come from other sources.
Thanks to some amazing local businesses and community groups including Yealands, Seddon Lions, FMG and Dominion Salt we’ve already raised a third of our target.
The Shaking Change For Good campaign had a whole year of fundraising events planned, but had to cancel everything due to lockdown. We’re now looking at setting new dates and kicking our fundraising off again, with the aim of hitting our target by the end of the year.
Everyone has been really supportive, chipping in some great prizes for the silent auction we have planned. We absolutely wouldn’t be able to see this project through without all the generosity of local businesses, families and community groups.