Marlborough’s journey to become one of the world’s major wine destinations began with a farmer with vision.

In 1873 David Herd considered the sheep, lucerne and barley that formed Marlborough’s agricultural mainstay and wondered if there was an alternative crop that would suit the region’s soil and climate. He planted a small experimental block of Brown Muscat grapes on his Fairhall land, Auntsfield. The result was good wine; a rammed-earth wine cellar was built and the beginnings of Marlborough’s wine industry was born. Herd’s family continued to produce wine until 1931.

None of Herd’s grapevines remained in 1973 when New Zealand’s largest wine producer, Montana, ventured south from Auckland seeking land on which to expand into export wines. Montana founder Frank Yukich sent his viticulturist, Wayne Thomas, to meet land agent John Marris, who was instructed to find 2,900 hectares of potential winegrowing land in just 24 hours. Marris succeeded but the Montana board was unconvinced and turned down a proposal to develop a vineyard. But it was too late: Yukich had already made a 10 percent non-refundable deposit. Montana eventually bought land for $1,146 per hectare and the first vines were planted, shrouded in secrecy, on August 11, 1973, on the vineyard now known as Brancott Estate. At the time, Yukich proclaimed “wines from here will become world famous”. His words proved true and large-scale commercial vineyards began to spread across the Wairau Plains. The exception was Vavasour Wines, which pioneered wine in the Awatere Valley in 1986.

Most of these early vineyards produced bulk varieties like Müller-Thurgau, but in 1985 vintages from Montana, Hunter’s and Cloudy Bay caught the attention of the British market. Three years earlier, Hunter’s first vintage had sparked international attention by winning six medals at the National Wine Show, and, in 1986, winning the UK's Sunday Times Vintage Festival with an oak-aged sauvignon blanc. That same year, sauvignon blanc was also the star of the first annual Marlborough Wine & Food Festival and the rest, as they say, is history.

Today Marlborough’s wine industry, and in particular its sauvignon blanc, is savoured around the world and forms the backbone of the region’s economy. There are many opportunities to experience Marlborough’s early wine industry firsthand.
The cool rammed-earth wine cellar deep in Auntsfield Vineyard, where David Herd stored Marlborough’s first wines, has been restored and grapes that share ancestry with Herd’s once again grow on the land above. Marlborough Museum's permanent wine exhibition tell the story of Marlborough's wine history through its displays of old equipment mixed with new inventions – a brilliant introduction to the region's wine industry before exploring the modern wine trail. 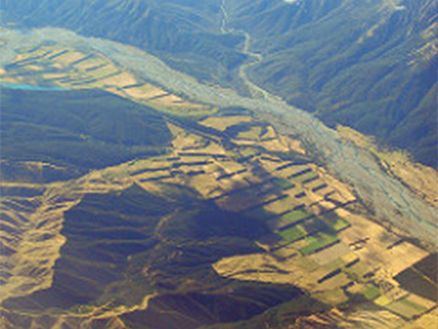