At the confluence of Te Waiharakeke/Blenheim’s Wairau and Ōpaoa Rivers, sheltered from the pounding Pacific Ocean by the 8km Te Pokohiwi/boulder bank, are the Wairau and Waikārapi/Vernon Lagoons.

The area was once a rich source of food for Māori in the area. Such an important resource was protected by major fighting pā, and many battles were held.

First Ngāti Māmoe and then around the late 1700s, local Māori tribe Rangitāne, created a network of canals and channels to grow and harvest fish. The narrow, hand-dug channels were also specifically designed to assist in catching fish, eels (tuna) and birdlife such as paradise ducks (pūtakitaki/pūtangitangi) and grey ducks (pārera). Local materials, such as giant kelp and tōtara tree bark, were used to make storage vessels for the catches. Today, some of those carefully designed channels and canals remain.

A point of interest in the Wairau Lagoons is the rusted wreck of the ship Waverley, which lays on her side at the end of the channel. The Waverley was towed from Wellington by the SS Wairau to the mouth of the Wairau River, with the idea of scuttling her there to form a breakwater. However, the tide swept her up the channel to where she lies now.

A flat walking track leads to the Wairau Lagoons’ main channel where the Waverley wreck remains, accessible at low tide. The track’s three-hour loop passes over salt marshes and takes in views over the lagoons, which is home to around 90 bird species. The main access point is from the end of Hardings Rd, off State Highway 1 about 5km south of Blenheim. Another way to visit the lagoons is by kayak. There are information panels near the wreck. 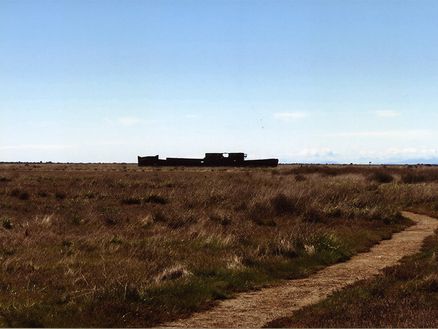