He arrived in Nelson in 1842 and some years later purchased Dumgree in the Awatere Valley and the Delta Dairy in the Waihopai Valley.

A surveyors’ assistant, Howard Lakerman, suggested to Dr Renwick that he should divide a portion of his land into town sections. Dr Renwick did, and six acres were allotted for a church and a school.

One of the earliest residents was John Godfrey, who squatted on 20 acres of Dr Renwick’s land. Godfrey ran an accommodation house, the Wairau Hotel, otherwise known as the Sheepskin Tavern, after its sheepskin walls.

‘Renwicktown’ was a presbyterian settlement and had the first church of any denomination in the Wairau. The church opened in 1859 and was led by the Rev Thomas Dickson Nicholson, who had previously preached in the Awatere Valley. Alongside Dr Renwick, Rev Nicholson advocated for Marlborough’s separation from Nelson. He also offered the use of the Presbyterian church as a school room for Marlborough’s second public school, Renwick School, which opened in 1861.

By 1905, ‘Renwicktown’ was a service centre to the surrounding sheep and agricultural farms. It had a population of about 350, a government building with a post, telephone and telegraph office, a large public school, two churches, two hotels, several general stores, cabinet-making, blacksmithing, engineering, and other establishments.

The first bridge over the Wairau River, which only had a treacherous ford for those travelling the main route from Nelson, opened in 1913.

Today Renwick is a thriving community surrounded by vineyards and wineries. 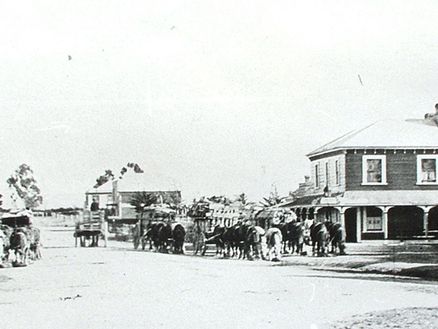