The Ōpaoa River, which runs through Te Waiharakeke/Blenheim, has been an important food source and transport lifeline for both Māori and Pakeha.

A pou whenua at the entrance to the town’s new bridge over the river, opened in 2020, represents the tūpuna (ancestors) of local Māori, as well as the formation of the Wairau Valley. Interpretation panels tell the town and region’s shared stories.

For Ngāti Rarua, the river was an integral part of day-to-day life. It was called the ‘Ōpaoa’, which for both Ngāti Rārua and Rangitāne translated to smoking, or smokey river, describing the mist that rose from its waters.

The Ōpaoa was originally a branch of the Wairau River, but in 1880 it was cut off near Renwick. For the Wairau’s early European settlers, the river was a vital transport link that brought food and supplies to the new settlement of Blenheim.

Marlborough’s port and some residents were initially based at the Te Pokohiwi-o-Kupe/Wairau Bar, as ships were unable to cross the bar and enter the river. Goods that did travel to Blenheim, at the confluence of the Ōpaoa and Omaka (now Taylor) Rivers, were taken on whaleboats towed by horses walking along the riverbank.

In 1855, everything changed. A major earthquake in the North Island’s Wairarapa region caused the Wairau Lagoons to subside, allowing larger vessels to cross the bar and travel the entire 20km inland journey to Blenheim.

From 1860, it was realised even larger vessels could travel the Ōpaoa, and trading vessels sailed between cities. This inevitably resulted in problems for some of them; the ship Echo grounded on the mud bank briefly in 1965.

Raukawa/Cook Strait transport today has moved away from the Ōpaoa River to the ferry companies based in Picton, and airlines providing daily flights to Marlborough Airport and Picton Aerodrome. 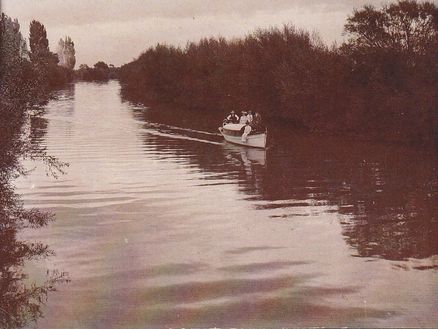 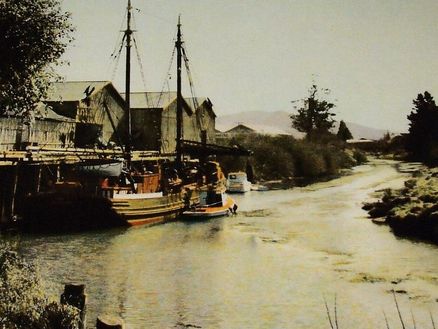