It is also the tallest peak in New Zealand outside the Southern Alps.

According to Marlborough tribe Rangitāne, an earthly chief climbed up to heaven via the rainbow of their ancestor, Uenuku, to find his spiritual wife and child. Therefore, Ngā Tapu Wae O Uenuku are the ‘sacred steps of Uenuku’.

Other Māori stories about the 2885m peak date back to AD825.

Two chiefs named Makautere and Tapuae-o-Uenuku were looking for food-gathering places along the Kaikōura coast; the Waiau Toa (Clarence) and Waiau Uwha Rivers reminded Tapuae-o-Uenuku of the tears of his wife, left behind in Hawaiki. And so the mountain near where the two rivers meet bears the chief's name.

The mountain was successfully climbed in 1864 by a party of three led by Nehemiah McRae. But its most famous climber was Sir Edmund Hillary, who summited the mountain solo over a long weekend in 1944.

In the year 2000, Mt Tapuae-o-Uenuku received much attention as being one of the first places in the world to see the light of the new millennium.

The mountain, which rises from near sea level in the east over the Clarence Valley, is accessible by climbers from the Awatere Valley. Its peak can be seen from most parts of the region. 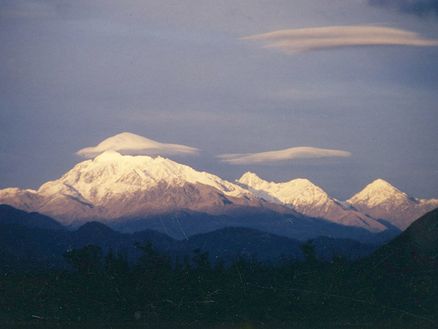