Te Hoiere/Pelorus Sound scientific reserve and predator-free wildlife sanctuary, Te Pākeka/Maud Island, had many uses before it became a haven for native species.

The island was originally occupied by Māori, who cultivated extensive gardens and built food storage pits – the name Pākeka eludes to this.

In 1867, ownership of the island was granted to European farmer John Gibson by the Crown, and a large area of forest was cleared for pasture.

Military installations were built on Te Pākeka/Maud Island during World War 2, including a gun emplacement and range finding equipment, which remain today. A road and jetty to service the island’s equipment was built at the same time.

A single kākāpo (native parrot) was the reason Te Pākeka/Maud Island became a wildlife refuge in 1974. The island’s owner, Jack Shand, agreed to let what was believed to be the last kākāpo from Fiordland live on the island and it became known as the first safe haven for the parrots. Kākāpo numbers on the island reached 18 in 2000 before they were moved to other islands.

Shand gifted some of the island to the Crown in 1971 and later offered it for sale. Royal Forest and Bird Protection secured it after a public fundraising campaign.

Te Pākeka/Maud Island is today home to a number of rare and endemic species including frogs, lizards and birds. It is open only by arrangement with the Department of Conservation, which has rangers based on the island and holds public trips in summer via local tour guides. 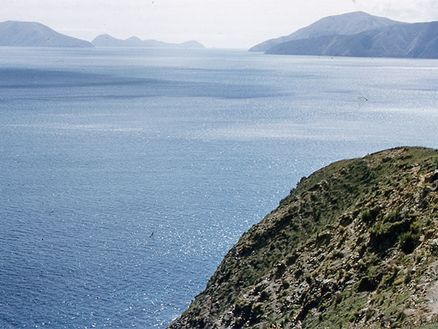