A small cemetery at the top of Te Whanganui/Port Underwood, eastern Marlborough Sounds, is full of fascinating stories.

Gravesites include the wife and sons of William Deakin, an American whaler who jumped ship in Te Whanganui/Port Underwood in 1840 and was present at the signing of the Treaty of Waitangi at Horahora Kākahu Island in the port.

Another is Kuika, partner of early Blenheim businessman James Wynen, who was murdered here in December 1842. Her European murderer went free, but this legacy formed part of the background to the Wairau Affray of 1843.

The cemetery also holds the graves of the Guard family, who were famously captured by Taranaki Māori. John (Jacky) Guard, an English ex-convict from Australia (imprisoned for seven years for stealing a five-shilling bed cover) established the South Island’s first whaling station on Arapaoa Island. He bought Kākāpō Bay from Māori rangatira (chiefs) Te Rauparaha and his nephew Te Rangihaeata and began Te Whanganui/Port Underwood’s first shore-based whaling operation. Many others followed suit. Jacky’s wife Betty was the first female European on the South Island and their children, John and Louisa, the first born on the South Island.

Jacky established a friendship with Te Rauparaha and he became a go-between for visiting Europeans and local Māori, with his house one of the settings of the signing of Te Tiriti o Waitangi/The Treaty of Waitangi in 1840. 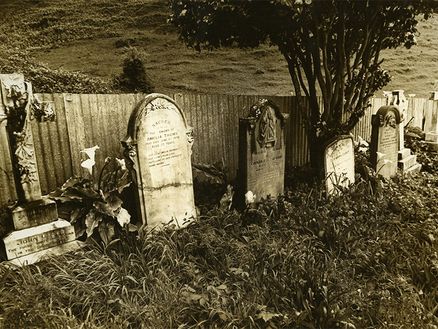