An unassuming island in Te Whanganui/Port Underwood, Horahora Kākahu was the site of a major historic event on 17 June, 1840.

Here, Major Thomas Bunbury proclaimed British sovereignty over the Middle (now South) Island and raised the British flag to a 21 gun salute. This was a distressing event for local Māori, following the very recent signing of Te Tiriti of Waitangi/Treaty of Waitangi further south and at nearby Kākāpō Bay, by local rangatira (chiefs) including Ngāti Toa and Ngāti Rārua.

The pā at Horahora Kākahu Island was possibly one of several established by Ngāti Apa ki te Rā Tō as early as the 16th century.

Today, a sign post on Port Underwood Rd indicates a view of the island, where a white memorial marks the spot where the proclamation was made. 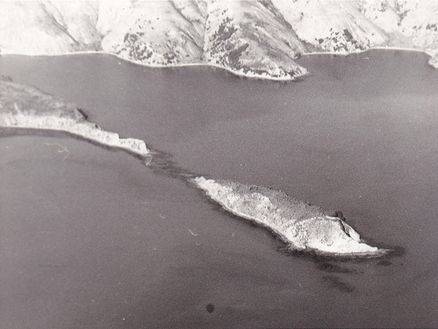