Long before Marlborough’s first vines were planted, the region had a very different export crop – flax.

Māori traditionally used native flax (harakeke) in a variety of ways, from baskets (kite) to rope and more.

Marlborough had an abundance of flax growing in swampy areas such as Tuamarina, and on the foothills of the Wither Hills. European settlers soon saw its many uses, and in the 1830s, traded muskets and gunpowder with Māori. Flax fibre was then processed and exported for use in ropes, carpets and woolsacks began to thrive. By the 1870s Marlborough was an important flax export district.

The region’s first mill was built in Marshlands, in the lower Wairau, in 1870. From there, 11 mills sprung up around the district, including in Motuweka/Havelock. The industry peaked from 1901 to 1918, then dwindled. During World War 2, it surged briefly when the Government promoted the growing of linen flax for aircraft fabric and other goods.

Today, only the ruins of the mills remain. The concrete foundations of Vercoe’s flax mill of 1890 are still visible along a public walkway on the Taylor River, near central Te Waiharakeke/Blenheim. 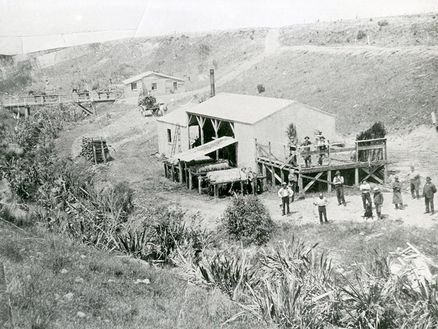