“I have broken the machine and touched the ghost of matter.”*

The scientist who split the atom, Ernest Rutherford, spent some of his childhood in Marlborough.

Born in 1871 near Whakatū/Nelson, Ernest Rutherford was the fourth of 12 children.

When he was 11, he moved with his family to Motuweka/Havelock, where his father and uncle set up a flaxmill at Ruapaka Stream.

During their time in Havelock, three of Rutherford’s siblings died. The first was of whooping cough and the other two during an ill-fated fishing trip that Rutherford would have been on had he not been sent to the flaxmill to deliver a message.

Around the same time, Rutherford earned the Marlborough Scholarship to attend Nelson College, where he topped his classes and – after winning the Canterbury College scholarship and earning three degrees – went on to work at Cambridge’s Cavendish Laboratory in England as the University’s first non-Cambridge-graduate research student.

He went on to McGill University in Canada, where he demonstrated the principle that forms the basis of the modern smoke detector, and discovered the radioactive gas Radon.

His early work was acknowledged with the Nobel Prize in Chemistry “for his investigations into the disintegration of the elements, and the chemistry of radioactive substances.”

His most famous experiment, “splitting” the atom, took place in Manchester in 1917. During this successful experiment he also discovered – and named – the proton.

His achievement led to his distinction as “the father of nuclear physics” and one of the world’s greatest scientists.

A memorial in Havelock is dedicated to Rutherford and to fellow New Zealand scientist Sir William Pickering, who both spent part of their childhood in the township.

* Ernest Rutherford on splitting the atom 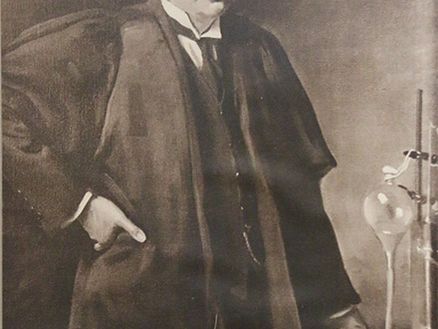