When New Zealand’s first studio potter decided as a schoolgirl that she wanted to make things from clay, her vision led to a lifetime of challenge and achievement.

Elizabeth Lissaman, born in Te Waiharakeke/Blenheim in 1901, couldn't even find basic information on pottery in the library, let alone supplies.

It was not until a visit to Sydney in 1921 that she could source basic pottery information and supplies.

Returning home in 1922, Lissaman found terracotta clay at The Elevation near Waitohi/Picton, ordered supplies from England (which took months to arrive) and set up a studio using a potter’s wheel made by her brothers, father and friends.

When she married in 1930, Lissaman moved to Wakamarina where art deco-inspired bowls - of which 1934 examples can be seen at Marlborough Museum - were made from clay from on the farm.

She wrote a book, Pottery for Pleasure in Australia and New Zealand, published in 1969 – a widely republished, highly influential, pioneering text. In her lifetime she was recognised as the grandmother of studio pottery in New Zealand.

Lissaman was awarded an OBE in 1982 for her services to pottery and died in Cambridge in 1991. 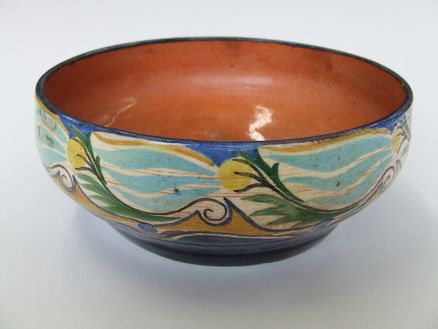