Te Taonui-o-Kupe/Cape Jackson, at the head of Tōtaranui/Queen Charlotte Sound, commemorates many of the aspects of legendary Polynesian navigator Kupe’s journey from Hawaiki to Aotearoa.

Many areas in the Marlborough Sounds refer to this journey, during which Kupe battled with Te Wheke the octopus.

The long, narrow cape itself lends itself to the Māori name of Te Taonui-o-Kupe, which means Kupe’s big spear. The cliffs on the cape, which resemble nets hung out to dry, are called Te Kupenga-o-Kupe, or Kupe’s net. Te Ope-o-Kupe near Anamāhanga/Port Gore is named after marks that look like footprints in the rocks.

In 1986 a Russian cruise ship, the Mikhail Lermontov, sank after striking rocks between the cape’s lighthouse and nearby headland. The ship, located in Te Anamāhanga/Port Gore, is now one of the world’s largest accessible dive wrecks. 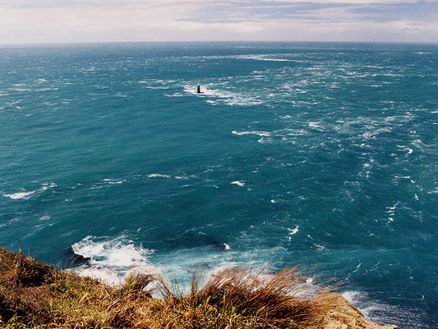 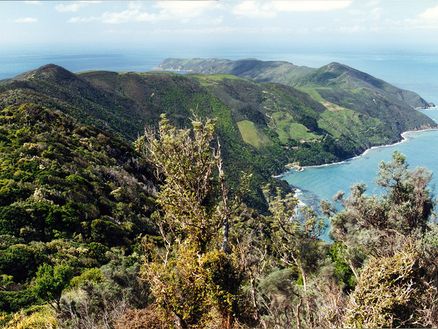