Arapaoa Island is significant to local iwi Te Atiawa, whose tūpuna (ancestors) settled there before moving to Waitohi/Picton or Waikawa. According to Māori legend, Arapaoa Island was the scene of the violent battle between Polynesian navigator Kupe and Te Wheke-o-Muturangi, a giant octopus which Kupe pursued from Hawaiiki and killed. As they fought in Raukawa/Cook Strait, Wheke tried to anchor himself to the earth and gouged out the Marlborough Sounds.

Arapaoa translates to downward blow, referring to the blow Kupe used to kill Te Wheke o Maturangi, and ending the fight. The legend is depicted on a carved pouwhenua at Karaka Point, near Picton.

Just offshore from Arapaoa Island, the Brothers Islands/Ngāwhatu-kai-ponu (eyes that witnessed), refers to the eyeballs from the octopus.

Arapaoa has its own feral sheep and rare goat population, the origins and exact breed of which remain in question. Both are thought to have arrived either in the times of Captain Cook in the 1770s or around a century later by whalers.

The island was also a major base during Marlborough’s whaling years. In 1827, John Guard built a shore station at Te Awaiti and from 1911 to 1964 the Perano whaling station at Whekenui Bay was the base for hunting humpback whales.

More recently, Marlborough’s former whalers returned to the island to count migrating whales as part of an annual conservation survey. Today, the Perano Whaling Station is an historic site and visitors can stay on Arapaoa Island in some of its historic buildings, and see a paua farm. 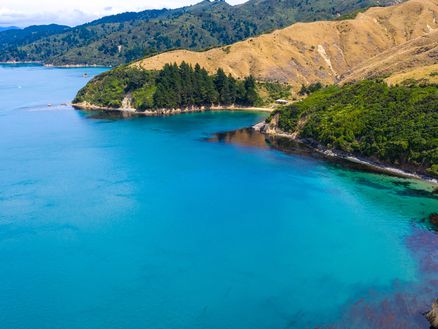 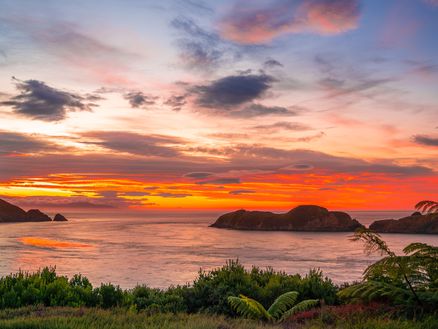