What do you do when you want to have a long weekend riding your bike in the cold dark depths of a New Zealand winter? Head up north? Pop over to Queensland? Both sound good. But why travel long distances when you can jump on the ferry and sail to Marlborough - the land of sunshine and grapes - to partake in an epic adventure as southerly fronts and snow swept the country.

Drive onto the Bluebridge ferry early Thursday morning, get off in Picton and drive like the wind to Mt Riley, an incredibly technical trail we had ridden last summer, north-west of Blenheim in the Richmond Forest Park. Hopefully in time to push our bikes up to 1310 metres so we could ride them back down the same route before dark.

Then, head over to Nelson for a couple of days riding with friends. Then back to sunny Marlborough to have a crack at the 72km Queen Charlotte track over two days.

Sounds great huh? The flaw in the plan was the sub-zero temperatures and the rain that was forecast to hit as soon as we got off the ferry. That and the fact that we were about to ride some of the steepest trails in the country and would probably get seriously maimed.

Anyway, have I set the scene? We drove off the ferry seriously freaking out until we looked south to see the weather had cleared and the dirt looked dry. Brilliant Marlborough living up to its name! So excited was Jeff at this phenomenon that he ditched our Mt. Riley plan to try the neighbouring Mt. Sunday instead.

As far as I know, we were the first idiots to attempt this trail on bikes, so we broke my cardinal rule to never undertake a trail mission unless you have reliable accounts (preferably written and signed) that someone has ridden said trail and deemed it “rideable”. What is rideable? Not Mt. Sunday in winter that’s what. OK, so we pushed/scrambled/slipped/crawled our way up until 90 minutes later I called foul. The going was getting easier as we clawed our way out of the valley floor but we were running out of light and it was obvious that many sections of the descent would include sliding back down on our butts. So at only 640 metres we dropped our seats, ate our remaining food and let as much air out of our tyres as we dared and made our way back down.

So much fun, but so scary. Stunning native beech forest but slippery off camber roots and clay. But we made it back to the van as the sun settled behind the ranges and headed off with a sigh of relief and a promise to return in bone-dry conditions and an earlier start. WARNING: do not attempt this trail unless you are physically very strong, a little bit crazy in the head, it’s summer and hasn’t rained for a week.

After a couple of days riding in Nelson (that’s another story) we left at dusk for Picton to ride the Queen Charlotte Trail. As soon as we got to Havelock the skies opened up and what had been a crisp sunny afternoon turned into a freezing wet night.

We stayed at the Picton Yacht Club Hotel for some comfort before the pain and that was a great choice being right next to the water taxi that was to drop us at Ships Cove the following morning. We sat at the bar eating dinner and trying not to drink too much beer, watched the rain pelt down and made mental revisions to our packing list for the two days riding with a stay at the Portage overnight.

It’s always sunny in Marlborough lived up to its name once again as we woke to clear blue skies, little wind, and a balmy four degrees. After cramming a high-fat high carb breakfast in the restaurant, we pedaled onto the Beachcomber water taxi for the hour-long cruise to the start of the QCT. We learnt the history of the Sounds via a running commentary from Julian our boat captain as we froze our faces off up on the top deck and marveled at the snow wrapped around the hilltops we would soon to be pedaling. So happy I packed my opossum socks I can tell you.

I had made a few panicky calls to QCT veterans trying to ascertain how long the 50km Ships Cove to Portage leg would take. Jeff had just swapped his tyres over and was having some sealing issues from the sealant he had bought, and I had a few stressful moments as I watched the boat power away to drop our overnight bags at Portage.

The going was slow with foliage debris from the recent storm and many silt puddles ready to throw us off our bikes. The expected six hours wasn’t looking much good when we got to Kenepuru saddle, exactly halfway, in four hours. An executive decision had to be made. If we could keep going and not have any mechanicals or tantrums, then best-case scenario was arriving at dusk. We were cold, getting tired (two days of riding the steep trails of Nelson really didn’t help here) and I didn’t want to miss the Sunday Home and Away omnibus, so we bailed onto the road for the safer option.

Hot showers and hot wedges beckoning, we enjoyed a scenic ride around the bays albeit into an icy cold headwind. It was another two hours until we rode into the Portage pretty comfortable that we had made the sensible choice. We had enjoyed some high-speed descending, stunning vistas over the Sounds and the time to ponder life without its normal disruptions. I’d do it all over again. And we would the next day.

We dumped our bikes, showered and lazed about on comfy outdoor couches on the balcony of our Kowhai Lodge rooms overlooking the bay. It was a stunning evening with the wind all but gone so it was glorious to lay back with a hot coffee and get warmed from the setting sun until our stomachs growled for dinner. We ate a tasty meal in front of the fire in the lounge and both hit the wall about 9:30pm so limped back to our luxurious rooms. After a nice cup of tea and a half hearted attempt to watch TV, I had my first uninterrupted sleep in years and woke to another brilliant day in Marlborough. With flat water and low mist we were content to gaze over the bay with our cooked breakfast and coffee and just enjoy the serenity.

We had plenty of time for the Portage to Anakiwa leg so we relaxed and cemented our plans to turn this lifestyle into a job. The mist wasn’t moving and we wanted to ride so I went outside for a look around and saw that up above was another blue-sky day. How Marlborough managed to give us sunshine every day when the rest of the country was in lock down I just don’t know, but off we set again with a packed lunch from the top blokes in the Portage restaurant.

The bikes were covered in mud but all we had to do was lube the chains and tackle a few big climbs to get us up top for some amazing 360-degree views from Kapiti Island to the alps down south. It was a tad colder today as we crunched our way through the remaining ice patches to let it rip on the multiple switchbacks on the way down to Mistletoe bay. Then an amazing native forest descent into Anakiwa to enjoy a hot drink at the Green Caravan Cafe at the trail end.

It took us four hours with a few breaks along the way and so good to finish a long trail like this with a massive descent. We had called the Beachcomber earlier to pick us up, so with no waiting around we loaded up and sat in the back grinning, absolutely stuffed for the 15-minute cruise into Picton.

We pedaled off the boat, collected our overnight bags from Beachcombers office, and rode straight into the van. A quick change of clothes then into a local bar for nachos, beer and a game of pool before we drove onto the Bluebridge ferry for the trip back home.

The QCT is a 70km trail that can be broken up into two or three days. Our option to get the most riding done on day one was a good plan, but really needed to be done in drier conditions (it had been a very wet week before we arrived) and with a good two hours more daylight to be safe. Obviously spring and autumn would be a more sensible time to enjoy this ride.

Another option would be to overnight at Punga Cove, but then day two would be so much longer. There are plenty of places to stay and a three-day trip would allow for a more relaxing time and you could fit in more drinking, swimming and other non-winter activities.

The trail itself is a two-metre wide grade two and three track with some very steep climbs and not so steep descents that at times nudge it into a grade four. Incredible views and idyllic rest spots where you can see just what Captain Cook saw when he made Ships Cove his second home. The trail has some surface variety but is pretty consistent with clay and small stones and a few water ruts and small stream crossings to keep you on your toes. I loved it all.

Aside from the spectacular views, beaches, streams and native bush, another draw card is the lifestyles of the trails inhabitants, the lodges, holiday homes, permanent residents, farmers, and animals. Add in the ferry ride, water taxis and basic through to luxury accommodation and it makes for an adventure that has to be on your list.

Back in the real world, I’m still recovering. And it feels great.

By Rod Badsley - The Rodfather 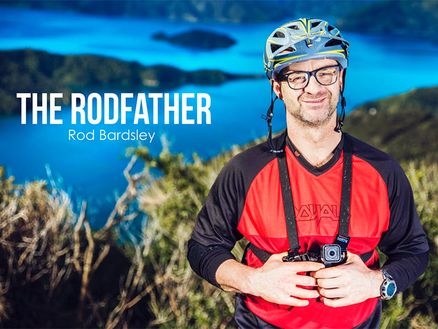 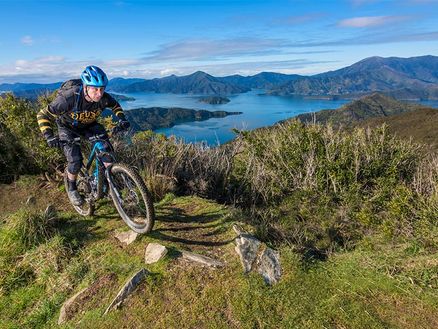 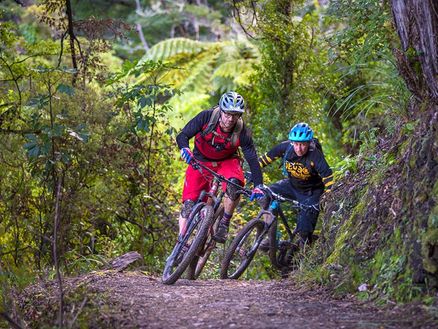 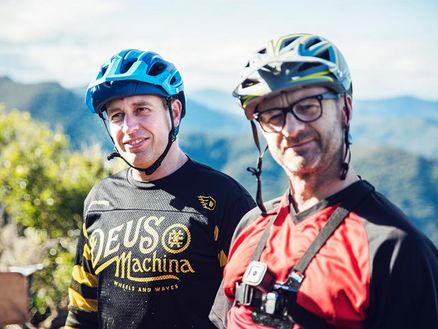 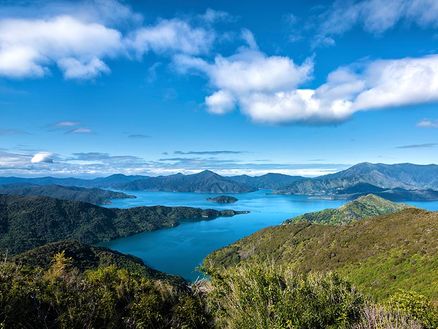 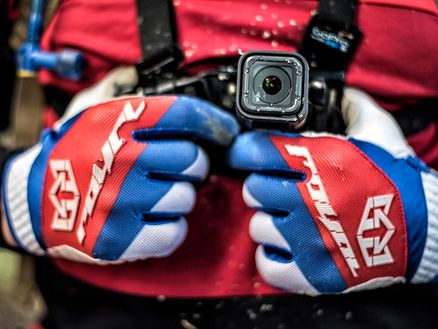 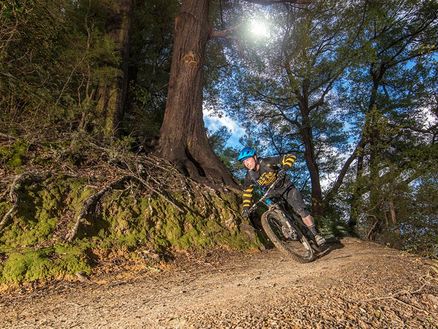 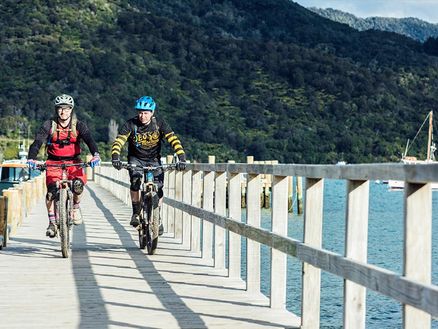 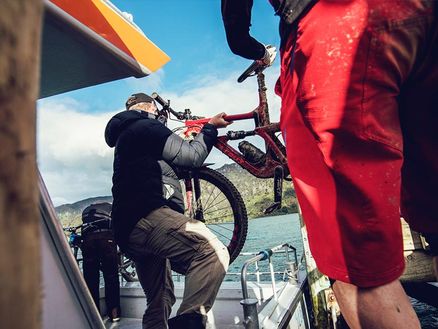 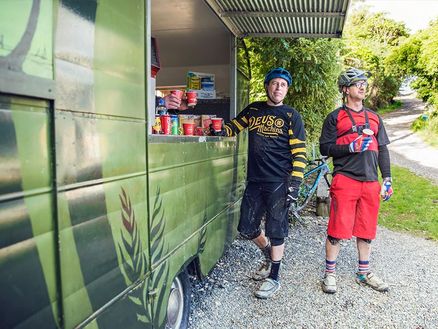 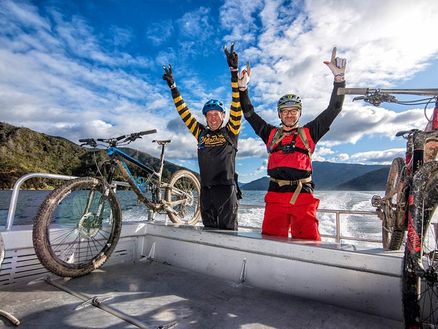 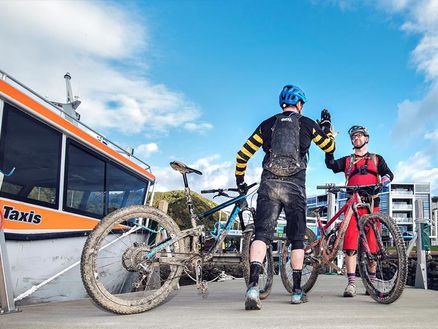 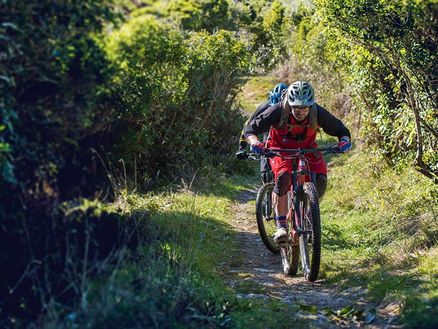 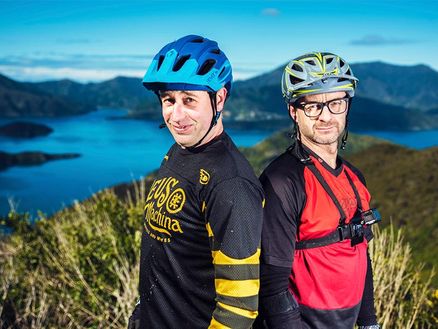 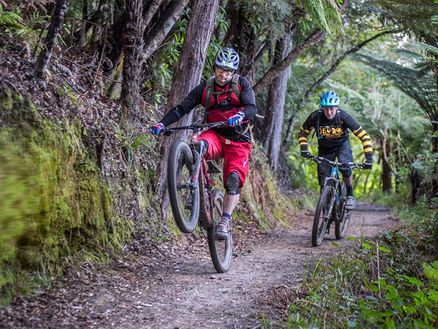 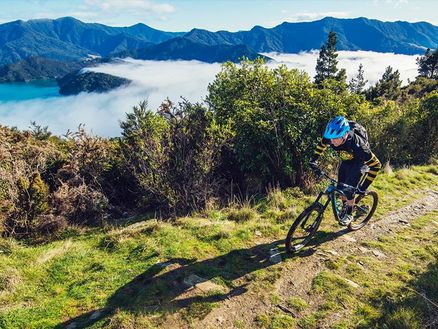