Marlborough’s history is layered with rich stories, as significant for Aotearoa New Zealand as they are fascinating around the world.

It’s a province full of inspiring stories, says Steve Austin, chief executive of Marlborough Museum. “Heritage is a thread that runs through every aspect of our landscape and community.”

The country’s first known Polynesian settlement site was at Te Pokohiwi o Kupe/Wairau Bar in the late 1200sAD, with more being learned through ongoing archeological research and the people whose whakapapa (geneology) have been linked to these first arrivals.

Captain James Cook’s favourite anchorage at Meretoto/Ship Cove in the Marlborough Sounds, too, was an important site, this time for the meeting of two cultures. The Sounds were later to become home to some of New Zealand’s first European settlers, largely through the whaling industry.

Meanwhile on land, hardy farmers, loggers, sawmillers and gold miners sought to make a living from the natural resources of the hills and valleys.

In South Marlborough, farming landscapes including Te Karaka/Cape Campbell and the vast Molesworth Station in the upper reaches of the Awatere Valley still hold remnants of their earliest settlers, while sacred Mt Tapuae-o-Uenuku, 2885m high and steeped in Māori legend, stands sentry.

Feauring history from across the world as well as at home, the Omaka Aviation Heritage Centre has become an iconic visitor destination in Marlborough, with its world-class display of aircraft including from both world wars.

You can explore these places, and so many other stories of our heritage at the Marlborough Museum, Havelock Museum, Picton Heritage & Whaling Museum or visit historic sites like Meretoto/Ship Cove and the Perano Whaling Station in Kura te Au/Tory Channel.

Explore the unique experience of the Edwin Fox, built in 1853.

The timber ship is on permanent display in Waitohi/Picton, where you can learn about its round the world adventures, including as a troop carrier and a convict transporter. The hull of the ship, as well as replica cabins, are displayed next to a museum of artifacts, and their context.

This ship’s international significance and family friendly fun make it a must-see attraction.

Step inside this beautifully restored church to experience the story of the Havelock area's rich resources, its geographical challenges, and how these have shaped the character of the community. Exhibitions include the history of the timber industry.

Marlborough Museum has a number of fascinating exhibitions, including Te Pokohiwi - The Wairau Bar 1250, the Wine Exhibition which gives an excellent introduction to the region’s rich and important wine history, and European settler history.

The museum is located at Brayshaw Park, featuring a replica street scene of Beavertown – now Blenheim - from around 1900, as well as where vintage cars and machinery.

The Omaka Aviation Heritage Centre in Te Waiharakeke/Blenheim is world-renowned for its ability to bring war stories to life, with scenes recreating actual incidents, and a collection of planes and paraphenalia like no other. Some of the displays, like the Fokker Triplanes, are still wheeled out for flight, ensuring the museum is one of living history.

The Picton Heritage & Whaling Museum has a significant collection of Māori, whaling, maritime, heritage and textile items. The museum itself is built on the site of the original Waitohi Pā, and local iwi are supportive of the museum being on this important site. It is affiliated with Museums of Aotearoa and has good contacts with other regional and national museums.

Meretoto/Ship Cove is recognised as Captain James Cook’s favourite New Zealand base, and the early meeting of two cultures.

In all, Cook’s expeditions spent 170 days at the anchorage between his first visit in January 1770 and final departure during his last voyage in February 1777. It was during these visits that some of the earliest sustained contact between Māori and European took place.

As well as reading the panels of fascinating information at the site, it’s possible to imagine yourself there hundreds of years ago, surrounded by sea, native bush and birdsong.

The Wairau Affray of June 17, 1843, is a significant story of Aotearoa New Zealand history. You can visit the site and learn more about what happened at Tua Marina north of Blenheim, just off State Highway 1.

This first armed battle between Māori and British settlers took place after the signing of the Treaty of Waitangi. A total of 22 Europeans and four to six Māori were killed. The actions of the New Zealand Company were found to be illegal, and without ethics basis, in the inquiry immediately following the tragedy.

The site has recently been part of the settlement with Ngāti Toa, in recognition of the injustice behind the unfortunate events.

In 1924 Joe Perano established the Perano Whaling Station at Fishing Bay on Arapaoa Island in the outer reaches of Tōtaranui/Queen Charlotte Sound. Using rowboats and hand-held lances and harpoons, hunters soon changed their methods to bomb lances and, later, a spotter aircraft.

The Perano Whaling Station was considered the most significant in Marlborough. It closed in 1964, one of the last shore whaling stations in New Zealand.

Now looked after by the Department of Conservation, the station has been restored and maintained as a piece of Marlborough’s history. Visitors can travel by boat from Waitohi/Picton to glean some idea of the hardships of life at the isolated whaling station. 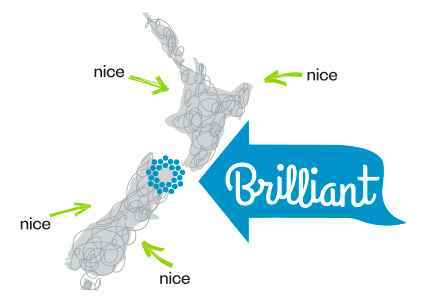 “Marlborough is incredibly rich in terms of heritage nationally and internationally, and we are in the process of discovering even more.” 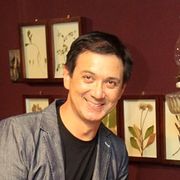 Some of our favourite things to do in and around Marlborough. 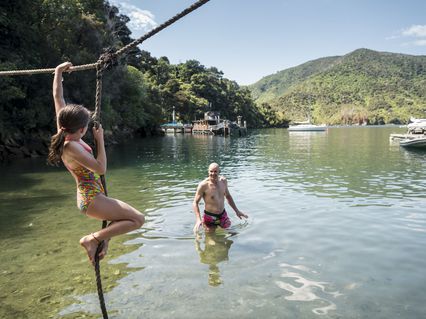 Leap from the Lochmara Lodge rope swing into the sparkling sounds below. For more sedate pleasures, walk the eco trail to find weta hotels and geckos. 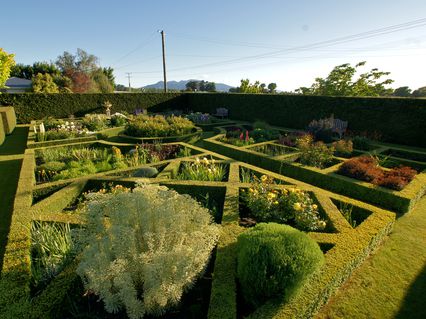 Enjoy workshops and tours at the Garden Marlborough Festival, and be sure to stay in town for the famous Fete at Seymour Square. 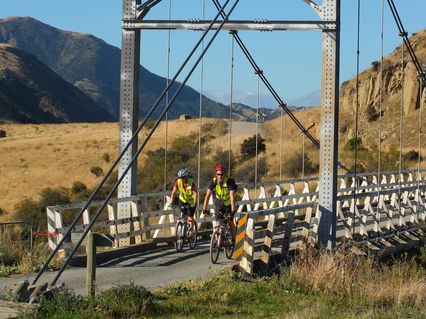 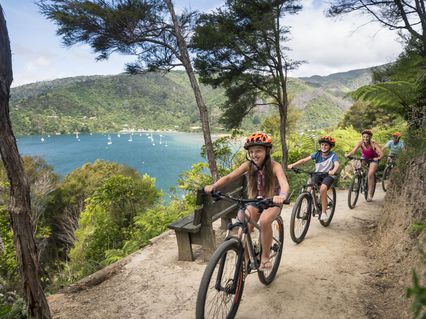 Experience the many walks, bike rides and kayaking trips in Marlborough, from the winding waters of the Marlborough Sounds, to the 30+ winery cellar doors.
View all Must Dos
View My Trip